written by The Digital Trendz September 27, 2022 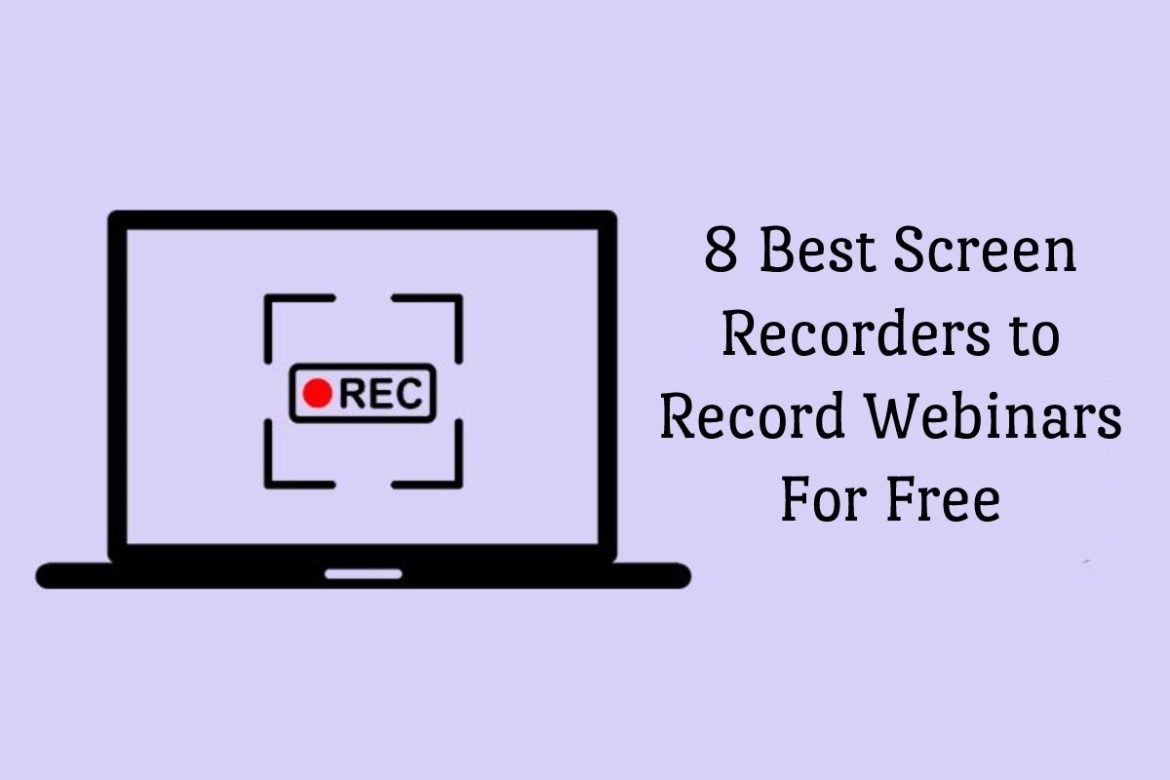 Whether you’ve spent a lot of money on software after trying trial versions that didn’t live up to your expectations and trying to save some cash to record webinar for free, many best free screen recorders can get the job done and give you good results without breaking the bank.

Hence, We made a list of the eight best screen recording software for 2022 that can hold their own against the best-paid screen recorders.

What Is A Screen Recorder?

Screen capture tools vary in price and what they can do, but most have a few things in common, such as options for cutting and pasting video frames that can be changed and unlimited time to record.

Free Cam is a simple, free screen recording software with an audio and video editor. This tool is easy to use and looks good. You can record the entire screen or just a part by changing the size of the area you want to capture.

Even though this tool is free, it doesn’t put a watermark on your photos, and it doesn’t have any ads. It also has no time limits, so you can record videos of any length.

Loom presents as a screen and webcam recorder that lets people record quick video messages they can send to their team. So, it’s a great alternative to email, instant messaging, and web meetings. But there are some things you can’t do with the free version.

For example, each person can only record a webinar up to 25 videos, and each video can only be five minutes long. Also, it doesn’t let you edit messages very much, so you’ll need to use other apps to edit and share messages you’ve recorded.

The Tiny Take is a free tool for Windows that makes it easy to record your screen. Some might think it’s too simple, while others might love its simplicity in a world of screen recording tools that do too much.

Make sure you download the screen recorder software before you start recording. You can record a webinar by showing it on a small part of your screen and then editing it with notes, zooming, panning, and other simple effects. That’s how convenient it is to record a webinar.

Ezvid is a free program that records your screen. It says it is the world’s tool, which might not be too far from the truth. The speed of Ezvid adds to the product’s clarity.

It is designed to save time and helps you make videos and upload them directly to YouTube in just a few minutes. Because of this, this tool is well-known among gamers and movie fans who want to make YouTube videos as quickly and often as possible.

Movavi Screen Recorder is an easy-to-use screen capture tool that lets you record your desktop, webcam, and audio, save screen recordings for webinars in high-quality videos and GIFs and take screenshots.

You can share your final video with your audience on social media by uploading it to YouTube or Google Drive.

CamStudio is a good choice for people who only want to use it once or twice and don’t need to do much editing. This easy-to-use, open-source software lets you record your screen in AVI format, which can then be changed to SWF.

Some people like how small it is, but others say it needs more work and technical support. The tool also doesn’t let you do much with video editing, so you might need to use other software.

Camtasia lets you record a webinar on your whole desktop screen, certain parts of the screen, or individual windows. You can also record the webinar using their mobile app to get photos and videos from your iOS, Android, or Windows phone.

Once you’ve recorded your video and stopped, you can save your project and start editing the video clips. You can do more than just the usual video effects. For example, you can use a green screen to add yourself to the video recording webinars.

My Screen Recorder Pro is a video recording software with many features. It lets you record a webinar on certain parts of the computer screen, such as the desktop, menus, cursors, and video with sound.

It also lets you simultaneously record your webcam or mobile screen in HD as your desktop screen. The screen recorder can save the video in WebM and the industry-standard AVI, WMV, and MP4 formats. Sharing videos or uploading them to your website or blog makes it easy.

That’s it for our free list of the best screen recorders for recording webinars. We hope you found this list significant and helpful and that it will help you in your future webinar recordings.

Have you tried any of these tools? Tell us in the comments below how they worked for you! And finally, don’t forget to visit Stealth Seminar if you want to learn more about creating successful and engaging webinars. Thanks for reading!