Copyright © 2022 All Rights Reserved by The Digital Trendz
Home » Blog » Technology » Best Minecraft Servers You Must Check Out!
Technology

written by The Digital Trendz December 15, 2022 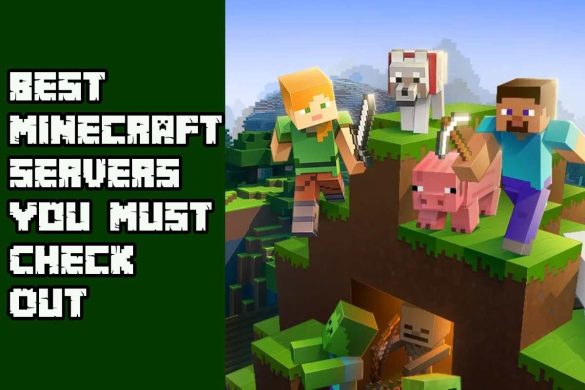 In the world, there are many multiplayer servers. As all know, that pc community encourages players in the world. Minecraft builds many servers for thousands of players. Same as this Minecraft server has given an excellent opportunity for players to build the future through gaming.

Their works and ideas are encouraged in the best Minecraft servers offer. Every server is it’s self-contained multiplayer, with its policies, gameplay style, and communities. We’ve had research around to find the best, including anything from magnificent constructions and vistas to worlds with new rules and game methods.

One thing to recollect is that different servers can occasionally use older versions of Minecraft. Most of the servers have updated to the current 1.19 patc. So make sure you check each server before jumping in and how to get it all running as intended. If you are a Minecraft player and have much Minecraft experience, this article is helpful for you.

What are the Best Minecraft Servers? 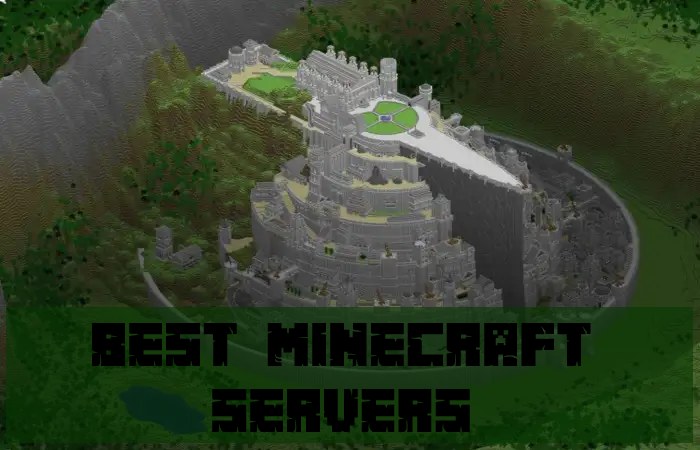 A server list is a website that can be easily accessible through google to find Minecraft servers with the same IP address. We manually check each Minecraft server, which can help you to play quickly.

How do I play Minecraft Servers?

To start Minecraft servers, you need to install Minecraft on your computer. After that, start loading Minecraft multiplayer and then add a server, and select the Minecraft server from below, paste it there and click add server. If you don’t like that server, you can easily change it by taking the other servers given below.

The top Minecraft servers will often support clients stretching from Minecraft 1.18 to Minecraft 1.19 (as of June 2022). These Minecraft versions are best to use when possible, as some server address will only work with the newest update.

These survival servers are servers that use only survival type. They are parallel to Anarchy Servers, excepting there are usually rules, and they regularly prohibit Griefing and Exploiting.

The main goal of these servers, as you can imagine, is to survive. Quality of life in more neccessary. So keep the below list of the best Minecraft enchantments handy for extra help.

These are all the servers on our long list of the best survival Minecraft servers for you to try. Some of them are friendly, while others are scared to go inside. The final choice is up to you, but we recommend you try them all at least once. Creating your own Minecraft Bedrock server is a better option if these aren’t satisfying enough.

We also have a guide on creating a Minecraft Java server for you to follow. But if you want to improve your experience on these servers, install some of the best Minecraft shaders. You must also install Optifine in Minecraft to run them and improve overall performance.

Better graphics or not, these servers guarantee much fun with your friends. So don’t waste another moment and load up your Minecraft discord server, gather your friends and start competing on some of these best survival Minecraft servers. 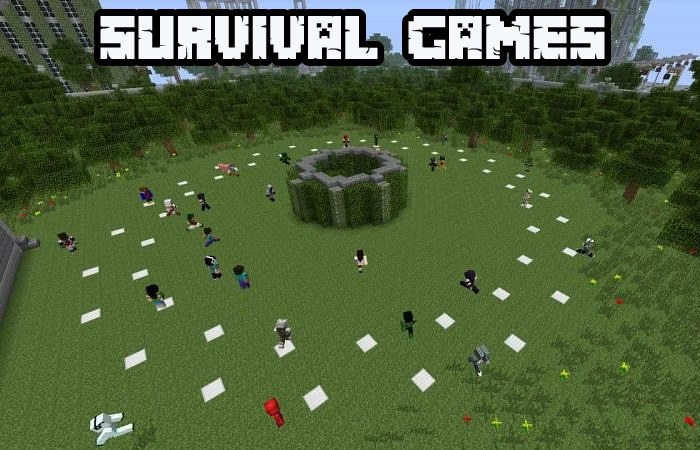 With the rise in popularity of Minecraft servers, survival games have long remained one of the most popular game modes among gamers.
Survival game servers usually allow players to compete against each other on a vast map filled with weapons, armor, and food. However, most of the time, only one survivor is topped champion at the end of the game.

Good multiplayer Minecraft survival SMP servers have been an excellent way to enjoy the game as they combine the vanilla and community survival aspects of fun Minecraft gameplay. Although other modes, such as creative and mini-games, are standard, survival mode and all its mechanics remain at the core of its entertaining gameplay.

The principle of SMP servers is simple: players must collect resources, craft tools, build a base, and defend against enemy mobs, but unlike the single player, you can play with a whole community of people! It’s the classic way to enjoy the game!

Hundreds of thousands of Java Edition SMP servers try to provide a good experience but need to catch up.

In survival mode, you can build with anything you can mine! You can use dirt, sand, diamonds, anything.
The building is slightly different in creative mode as you get all the blocks! Instantly. You can see half of them! Whenever you want to see it.

Most popular games from Minecraft 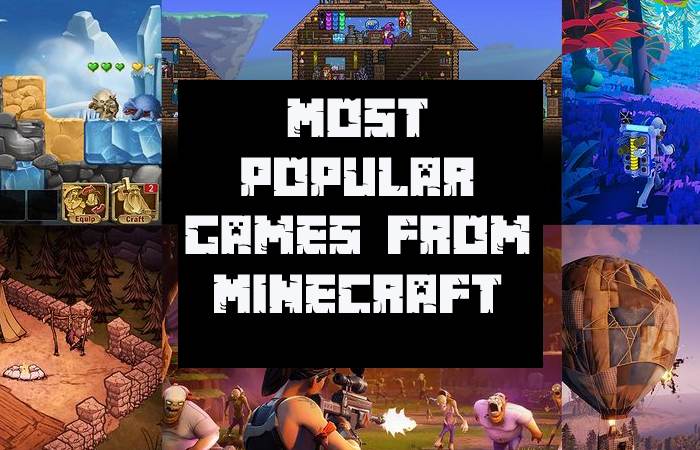 Minecraft Games are the most popular in the world. It is the best-selling video game. It allows for numerous creative expressions and replay. In addition, it is a simple title to play.

Minecraft can be played in a variety of ways. There are two principal modes; they are Survival mode and Creative mode.

Creative mode is more relaxed. It is free of enemies, and also it is packed with resources to encourage free building.

Here are some of the Popular Games in Minecraft: 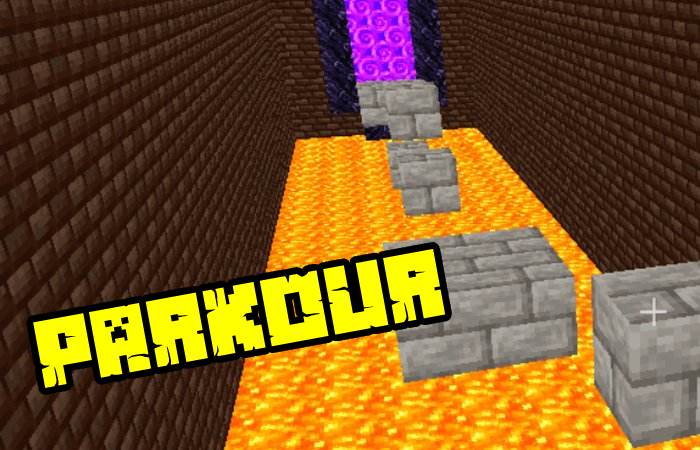 Parkour is one of the top and best games to play. It has taken 1st position in the list. Gamers make maps of parkour.

To play this game, you need better navigation strategies. it features unique and different from others.

Maps are getting more complicated over time. And for using Minecraft blocks, you need to be more creative. Many YouTubers show these complex gaming skills in their videos. 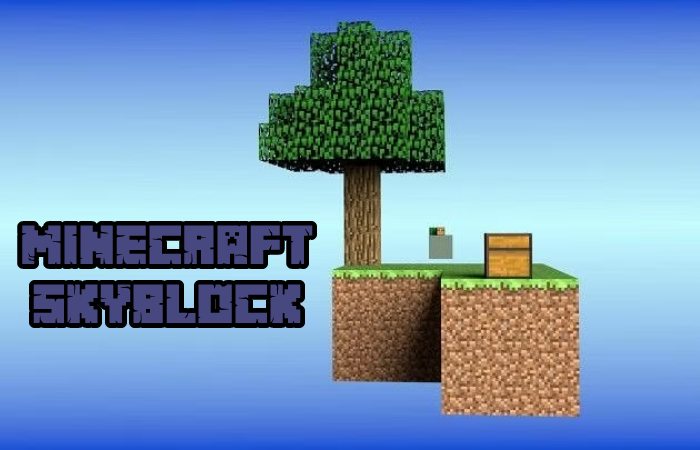 Skyblock is a survival Minecraft game. The player will be on a small island flying in the sky.

They have to use some things to survive in the world. This is the better way to play Minecraft games in simple and challenging. This game is one of the popular Minecraft games. 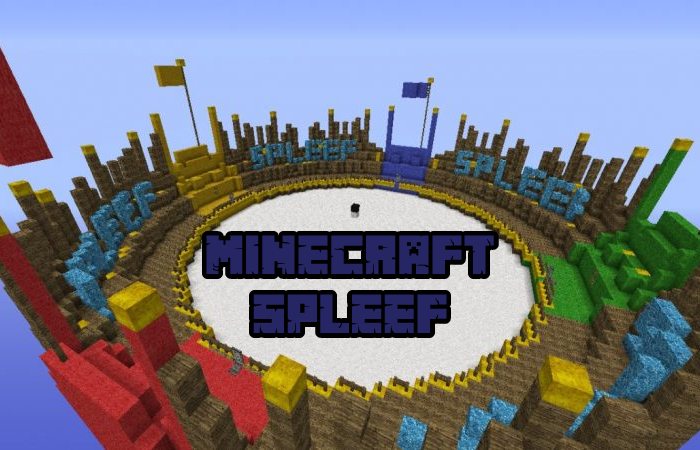 Spleef might be the most simple and unique Minecraft game to receive such high praise. This game includes breaking blocks underneath other players to be the last standing on the vanishing platform.

Players shoot at the blocks you have made on the Spleef platform, causing other players to fall below finally. This game is fast-paced and fun, and the rounds are so easy to continue playing repeatedly. 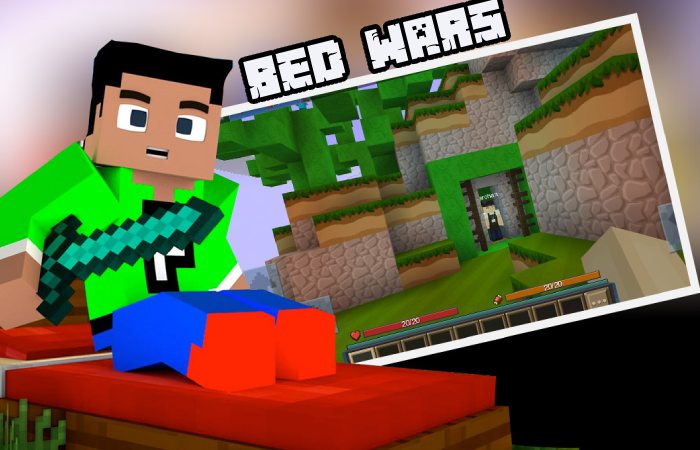 Bed Wars is a team game to break opponent teams’ beds so their players don’t get reborn, all while defending your own team’s bed. This fun game requires building skills to succeed.

Bed Wars might be the popular mini-game at the moment. It is especially popular with Minecraft YouTubers, and Minecraft content creator Hannahxxrose plays Bed Wars on their channels. 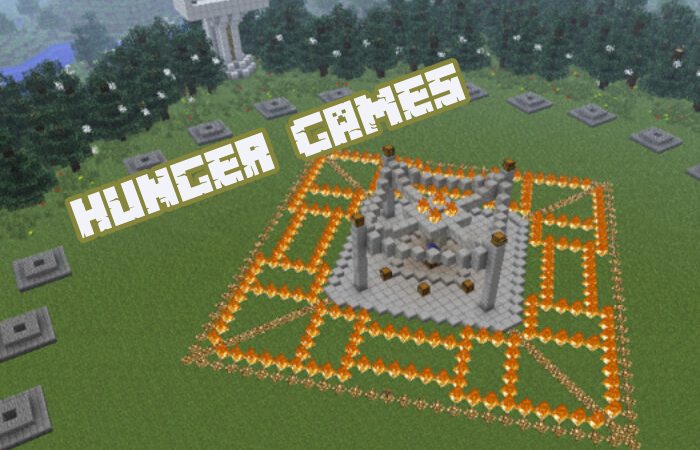 Hunger Games is a death battle. It is also called a survival game. Players will enter a map and must collect the resources from chests to survive and kill others.

It is also the best and most crazy game to play. Many YouTubers like Bajan Canadian and jeromeASF play this Minecraft hunger games. It is still available online to play.

Review Best Minecraft Servers You Must Check Out!. Cancel reply