Copyright © 2022 All Rights Reserved by The Digital Trendz
Home » Blog » Gadgets » What is a Led Bulb?- Definition, Evolution, Components, and More
Gadgets

What is a Led Bulb?- Definition, Evolution, Components, and More 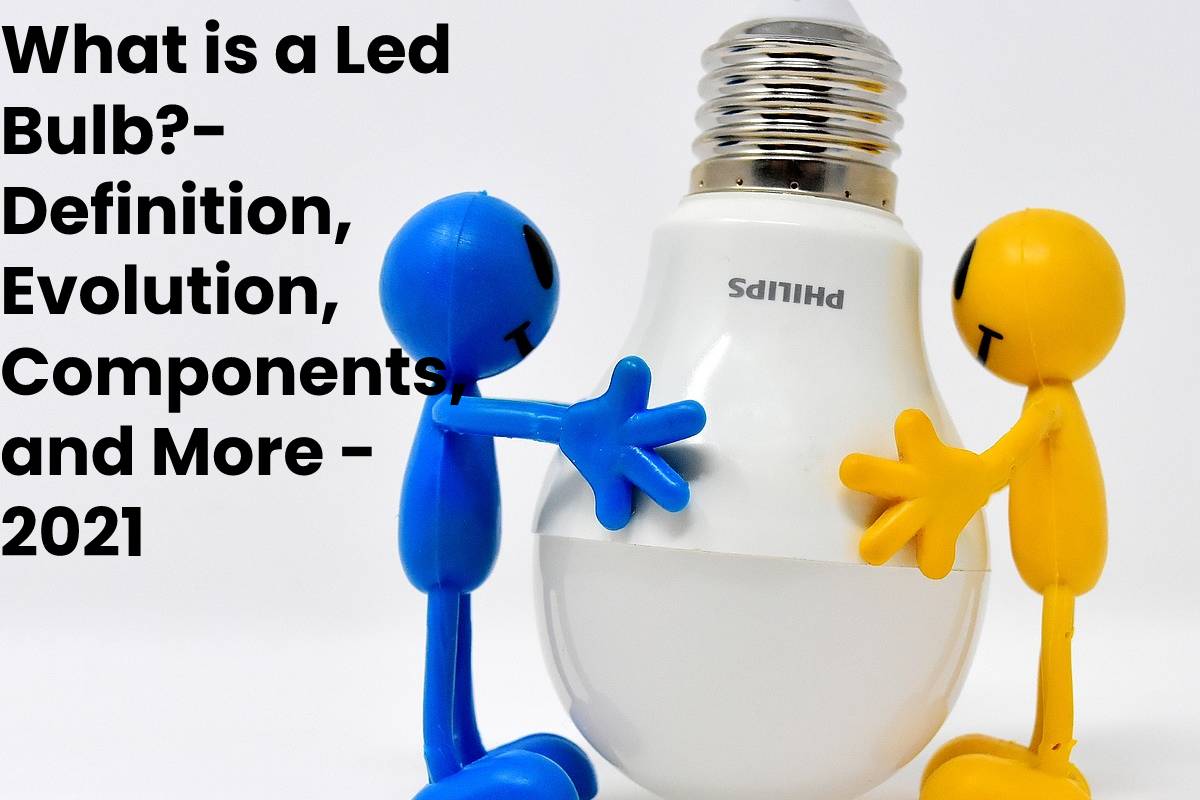 They are typically composed of several bulbs or LEDs depending on the light intensity intended to be achieved.

The technology that led to LEDs’ birth was one of the main objects and study of Oleg Lósev.

A scientist and prolific inventor of Russian origin in 1927 laid the foundations for the first LED’s invention.

However, Losev died during World War II before developing the new lighting technology he had discovered.

The first LED was invented in 1962 by Nick Holonyak, a consulting scientist for the American company General Electric.

Until today, LED technology has advanced dramatically, currently claiming to be one of the most efficient, environmentally friendly, and profitable.

How is the Evolution of Led Bulb?

At first, during the 60s of the last century, LEDs began to be manufactured and distributed through commercial circuits.

It is used as on and off indicators of faults and other types of states that could affect electrical appliances of any kind.

These first LEDs’ color was red, although green and yellow, and their use as a light indicator with a traffic light code was not uncommon.

However, in the 90s, the development of LED technology took a great leap forward.

The invention of blue, white, and ultraviolet LEDs, with which its application possibilities increased exponentially until reaching almost 95% today of adaptability to any lighting technology.

What are the Components of Led Bulb?

LED bulbs are of an anode (positive) and a cathode (negative), and its main components include the lens (usually an epoxy plastic encapsulation).

This metallic contact performs conductive wire, a reflective cavity ( also called a cap), an anvil, and a platelet.

It must be considering that LEDs admit power between 1.8 and 3.8 volts, depending on the color and the power support.

Each type of LED’s components, so for lighting functions, usually present in strips of LEDs requiring a transformer.

It usually 12 or 24 volts, and the corresponding resistors that limit the current pass through them.

However, commercial LED lighting solutions to include all of these components and practice do not require any separate installation or special considerations.

What are the Advantages and Disadvantages of LED bulbs?

What is the Work of Led Bulb?

They work essentially under the principle that Albert Einstein enunciated in his day, according to which some materials, when subjected to current, generate light.

The basis of LED technology is base on the diode.

This is an electronic component with two ends that allow the circulation of energy through it in one direction only.

Light-emitting diodes (LEDs) are semiconductors. When electrons pass through this type of semiconductor, it turns into light.

When comparing to incandescent bulbs, LED lights are more efficient at converting energy into light.

And that is why, if we touch them, they radiate less heat than the rest of the bulbs.

LEDs have a structure in which we can highlight four essential components.

On the one hand, we would have the semiconductor emitting material, which mounted on a reflector chip determines the light’s color.

The fourth element is a lens that protects the emitting material of the LED.

As electricity passes through one of those diodes, the atoms are excited to a high level.

At that time, they store a large amount of energy and need to expel it.

In doing so, the electrons reach the reflector chip, at which point light is producing.

Review What is a Led Bulb?- Definition, Evolution, Components, and More. Cancel reply

What is Innovation? – Definition, Characteristics, Types, and More