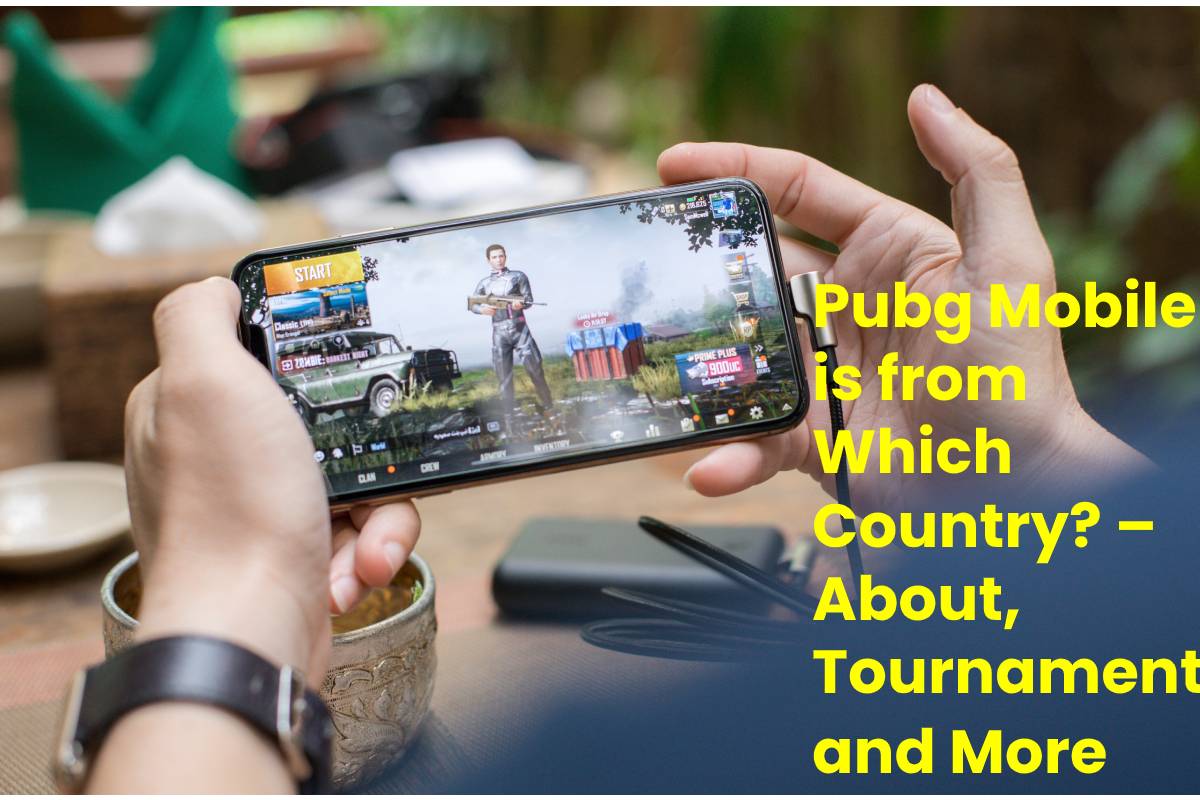 And they are publishing by Tencent Gaming. That makes it of Korean origin.

The PC version of PUBG is the origin of PUBG Mobile.

Both games almost the same game with huge maps and 99 players fighting each other until there is only one left.

You can do all kinds of actions on PUBG Mobile just like on PUBG PC.

The most significant difference between PUBG and PUBG Mobile was the recoil rate, which was adjusting to fit mobile devices’ control.

PUBG Mobile was the opportunity for many people to experience the battle royale experience on their smartphone without a high-end PC.

PUBG Mobile can also be playing on an Android emulator, making it the choice of many gamers with low-end PCs or laptops.

However, what not everyone expect from PUBG Mobile was that it would become super popular and create a strong community worldwide.

Thanks to PUBG Mobile’s gameplay’s depth and complexity, its sports scene began to be create through small local competitions and gradually grew into international events and tournaments.

What is the Tournament of Pubg Mobile?

Then, in 2019, we starting having structure games like the PMCO Spring Split and Fall Split for teams from all regions to compete with.

Prize pools of up to 2.5 million and millions of viewers, making it the most significant mobile sports title in the world.

Before 2011, there have been many game mods creating based on that idea in Counter-Strike with a player count of 10-14 players.

This idea was also adapting into the American television series Hunger Games in 2012.

The film’s success caused the concept of battle royale to become famous around the world, and more people started making game mods in the same style.

In that same period, Dean Hall creating a mod for AMAR II called DayZ, in which players are droping on an island full of zombies and have to collect items, weapons to survive.

This mods quickly caught the attention of the DayZ community and became popular very quickly, but it died down when the standalone game DayZ was releasing in 2013.

Brendan Greene made another mod called PlayerUnknowns Battle Royale on ARMA III, and it has become trendy.

It is more or less the first form of the PUBG game that we are playing today.

Although H1Z1 sold over a million copies in March 2015, it suffered a lot from technical problems with errors and server disconnection.

What is the Origin of Pubg Mobile?

Brendan Greene later worked with BlueHole (now Krafton Game Union), who offered to work with them to create the Player Unknowns  BattleGround or PUBG game as we know it now.

PUBG introduced a whole new type of multiplayer game to the world with a vast map, realistic graphics, and shooting mechanics.

The game introduced the Battle Royale genre to the whole world and created a battle with all kinds of new games like Fornite, Apex Legend.

PUBG broke Steam’s record of having 3.2 million simultaneous players at its official launch in 2018.

PUBG has genuinely made history and reshaped games dominated by MOBA and FPS games like DOTA 2, LOL, and CS: GO.

Review Pubg Mobile is from Which Country? – About, Tournament, and More. Cancel reply